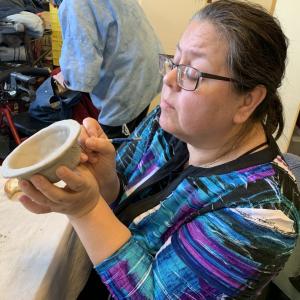 Why I Volunteer - Vice Chair Oak Table Board SimplyK - Trust Where Your Gift Goes