Early in 2020, Wesley, one of our guests of 15 years, died of an overdose. He was someone who was a regular at Oak Table, no matter what else was going on in his life. In recent years, his began losing his battle with mental illness, and his will to fight diminished and then disappeared. Everyday was a struggle for him. Housing, money, pain control, and as the break between reality and mental illness became harder and harder to bridge, we saw a decline where all the help available wasn’t the right kind, and wasn’t enough.

Wesley participated in a residential treatment program last winter, and when he returned from Brandon he seemed in a good place. However, he was still without a home, a mailing address, a bank account, and all the things that help keep us stable in this world. It didn’t take long for the decline to begin – depression to set in, and deep bone chilling hopelessness to take over. We did what we could; we called, we wrote, we consulted on his behalf, arranging for his cheques to be sent here; working with his EIA worker and Manitoba Housing to get him a place to live; sending letters to Revenue Canada to get the GST payments he missed.

Wesley was fragile. He would say he had given up. And yet, a small seed of hope would germinate inside him and die, geminate and die, over and over again. Wesley moved into a suite, but that was not enough to turn things around for him. He was in need of psychiatric help that reached beyond a prescription. He waited in many hospital waiting rooms asking for help. 72 hours of help did not give him the sustainable, long term help he needed, and he continued to see people following him, breaking into his apartment, yelling and threatening him. He could no longer identify what was real and what was caused by his mental illness. He felt at risk every waking moment. There were times he did not sleep at his room because he stayed awake all night waiting for the people to break in. Oak Table remained the one place he could feel safe. He started attending church, looking for peace – a peace that eluded him for any length of time.

He talked of “going home” and ending the fight that seemed to get him nowhere. He believed the option of death was better than the turmoil and pain he was in. When the news came that Wesley had died, it wasn’t totally unexpected. He came every day looking for his cheque, and he had not come for several days. Wesley fought the good fight, longer, perhaps than any of us can truly understand.

This is an excerpt of the last paragraph of a speech he gave at a Fundraising Lunch for Oak Table, in 2016. “We need the Oak Table. Please keep supporting the work they do. You heard I had a rough start in life. I suffered abuse. I am an addict. I got on the wrong side of the law. It’s places like Oak Table that help me and others like me leave that life behind. It’s a place where you aren’t judged. I am not a number at Oak Table. I am Wesley. They know me and they know my story and I’m part of the Oak Table Community.”

Rest in Peace dear Wesley. We miss you. 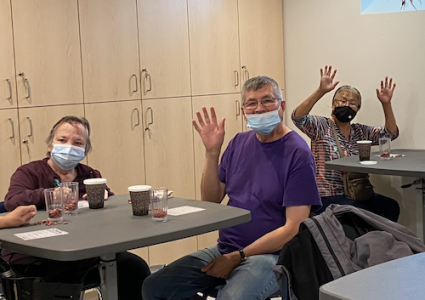 The Infectious Nature of Laughter 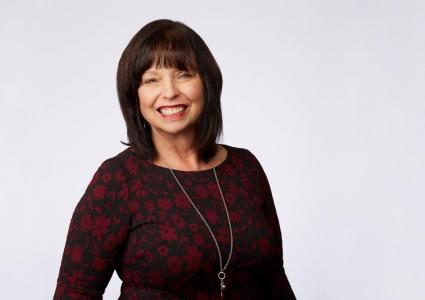